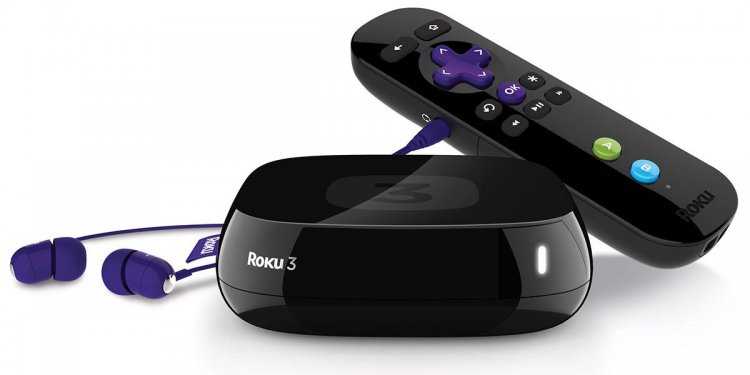 The streaming media player market has over a dozen models to choose from, and unless you make an impulse buy from a point of sale display at your local electronics store, making a decision on which brand/model may not be so easy. Many of us like to give new products a chance, but the majority of consumers tend to stick to brands already well known.

Apple TV was a streaming media player before the term was commonly used, and the 1st generation model produced from 2007 to 2010 actually came with a 40GB or 160GB hard drive to store content. Later models focused only on streaming though, and so moved the trend in media boxes to require an internet connection to temporarily cache video and audio streams rather than storing permanently.

Personally, I like to avoid using the term set-top boxes to describe these smaller boxes. In a traditional meaning, a set-top box has a connection to a television service or over-the-air signal. A streaming media player, on the other hand, doesn’t require you have TV service. And although your channel choices expand with a pay TV subscription, you only need internet service to watch a lot of the content on a streaming media player.

But those are just the boxes. We’d be missing something if we didn’t mention streaming sticks in this article. There are only two models in the US market that’ll we’ll consider: the Roku Streaming Stick and Google’s Chromecast. The lightweight, dongle-sized devices are extremely practical to install — just plug them into your HDMI input for video/audio and USB port for power and you’ve got no long cables to deal with.

Just released in April, Amazon’s Fire TV is ahead of all competitors in terms of processing power, memory, storage, and the ability to expand gaming with the Amazon Fire Game Controller. Fire TV houses a Qualcomm Krait 300 quad-core processor running at 1.7 GHz and a Qualcomm Adreno 320 GPU for graphics processing. The device comes with 2GB RAM and 8GB Flash storage. Second screen capabilities are available to Kindle Fire owners, and a remote control includes a microphone for voice search. The device supports 1080p video and Certified Dolby Digital Plus with 7.1 channel audio. Where the Fire TV falls short upon release are content channels, which aren’t as many as Roku and Apple TV offer, most notably the lack of HBO Go. The Fire TV costs , and more for the game controller.

Roku has several current models including the Roku 1 and Roku 2, but their flagship Roku 3 is what we’ll focus on here. The Roku 3 is best comparable to Apple TV with regard to storage and memory. But Roku has many more channels to choose from, boasting over 1, 000 different choices. The remote control for the Roku 3 has integrated motion technology for gaming (unlike the lower-tier models), and features a headphone jack for late night viewing when you don’t want to disturb anyone. The Roku 3 supports up to 1080p video and Dolby Digital 5.1 and 7.1 surround sound pass through HDMI. $99 bucks get you a Roku 3 with remote control.

You might call Apple TV a great uncle to other streaming media players out there. But the device is hardly irrelevant among its newer competitors. In fact, Apple recently announced the company has sold 20 million Apple TV boxes through this year’s second quarter. Although Apple seems a bit more selective of the channels it allows on Apple TV (as opposed to Roku), there are plenty of big time networks including HBO Go, Disney Channel, Watch ABC, and A&E. (Take note Apple, that we’re anxiously awaiting Showtime Anytime.) Apple TV has a single-core A5 chip processor, 512MB RAM memory, and 8GB storage.

Maximum video resolution supported is 1920 x 1080p (H.264) with Dolby Digital 5.1 surround sound for audio. And, the streaming media box comes with a nicely designed remote control. Like the Fire TV and Roku 3, the Apple TV will cost you $99.

Google’s Chromecast is a simple-to-use dongle that plugs into your TV’s HDMI port for video/audio and USB or wall outlet for power. The device requires you use a mobile device (both Android and iOS supported) or Chrome on a Mac or PC as the remote control. Supported apps include Netflix, HBO Go, Hulu Plus, and MLB.TV Premium among the 17 channels listed on the product’s web page. Although, a recent announcement with PlayOn will provide Chromecast users with over 100 more channels from the premium service that costs .99 per year. The device supports up to 1080p video and digital audio surround sound pass through.

Chromecast is the cheapest streaming device among the bunch, selling for a meager .

The Roku Streaming Stick (model #3500) is a direct competitor to Chromecast that hit the market about 6 months after Google’s product (although Roku released earlier 3400 and 3420 MHL models in 2012). Easy to install and discreet, the Roku 3500 is an HDMI dongle that draws power from either a USB connection or wall adapter. The stick gives you all the channels Roku has available, supports 1080p video, lets you cast videos from Netflix and YouTube apps to your TV via mobile phone and tablet, and use your Android or iOS mobile device as a remote control with supporting apps. The Roku Streaming Stick also comes with a standard remote with RF technology (so you don’t have to point directly at the device). Priced a bit higher than Chromecast at $49.99, the Streaming Stick will give you hundreds more channels than Chromecast and comes with the remote control.