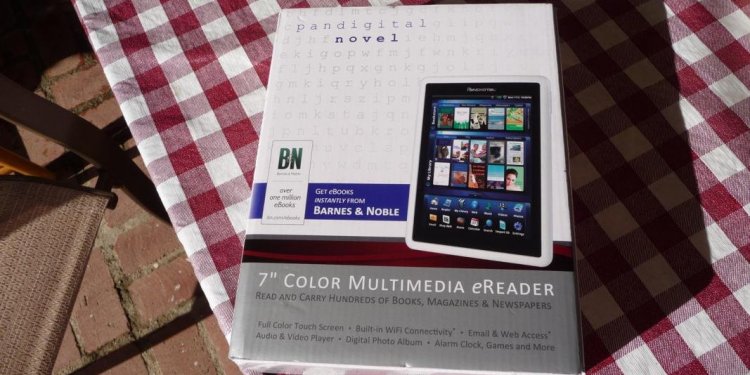 If you know of Pandigital, you probably know it for its photo frames. However, the company is moving into the hot e-book reader market with a device that a lot of people have been waiting for: an affordable color-screen e-book reader with ties to a major bookseller.

Integrated with the Barnes & Noble's e-book store, the Pandigital Novel is an Android-powered e-book reader that has a full-color 7-inch touch-screen display, Wi-Fi connectivity, and multimedia capabilities. On the surface, this all sounds pretty good and when we first saw a picture of it it, we thought it looked a lot like the rumored smaller version of the iPad. The product is available in white and black versions for less than $200. You can find the Novel discounted to $169-or even less-at stores such as J.C. Penney and Bed, Bath, & Beyond.

The device also feels underpowered. An Arm 11 processor powers the Novel, which measures 7.5 inches tall by 5.5 inches wide by 0.5 inch thick and weighs 16 ounces. It has 1GB of built-in memory and has an expansion slot for SD/MMC memory cards-with support for cards up to 32GB in capacity. Pandigital rates its Novel's battery life at 6 hours in reading mode. That's not terrible, but it's neither near the iPad's battery life nor the battery life of dedicated e-ink-based e-book readers, such as the Amazon Kindle or Barnes & Noble Nook, that don't have to be recharged for days or even weeks. (Charging is accomplished via the included Mini-USB cable and AC adapter; the rechargeable lithium ion battery is sealed and nonremovable.)