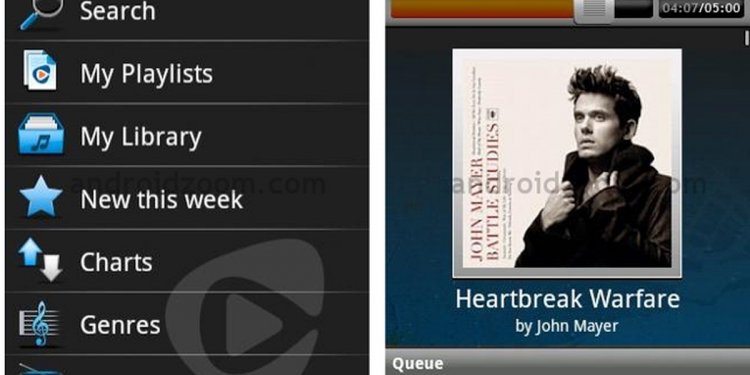 If watching TV in your doctor’s waiting room doesn’t cut it, give this app a try. SPB TV allows you to take your own TV programs wherever you go. The free “lite” version is shown here, but you'll probably want to splurge for the pay version ($9.95) to get more channels. There’s even a picture-in-picture feature, which is handy if you’re not sure which program to watch. Obviously, this isn’t a full cable-like TV in your pocket - it has limitations, including battery life and bandwidth constraints. But it still beats watching airport TV.

If you’re looking for shows offered by the CBS-owned TV.com, this app presents plenty of clips and a number of full-length episodes from CBS (including CBS News and CBS Sports), CW, Showtime, CNET, and more. Despite these somewhat limited options, TV.com still has a better selection of quality programming than any other mobile TV app for Android, and everything is presented on a smooth and watchable interface.