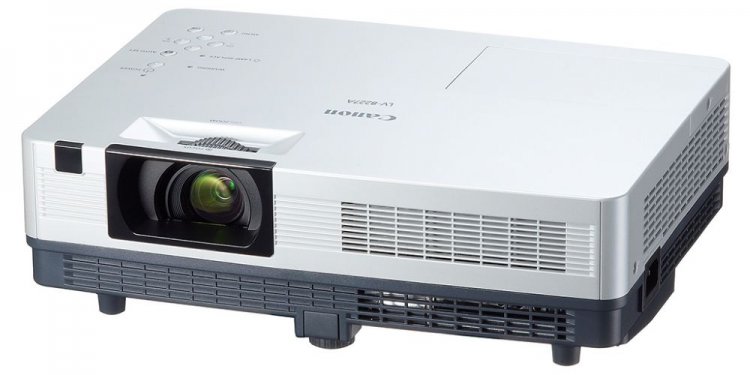 “We wanted very high-quality resolution because we’re doing a lot of very, very finely detailed CADD drawings, ” declared TPD’s IT Manager Karl Fischer. “The biggest issue was to make sure that the projector was bright enough and that the colors were clear enough. This is because there are a lot of different shades of colors within these CADD design files, and the different grades, shades, and line weights represent different design features. We looked at several projectors from various dealers, but once we gave them our specs, they told us it was going to cost about $15, 000. Our rep at Haverford Systems, however, showed us that we could get the performance we needed for less than half that price with a Canon REALiS SX6 Multimedia Projector, and it has been phenomenal.”

The Canon REALiS SX6 Multimedia Projector’s intricately detailed SXGA+ resolution image projection was especially necessary due to the fact that CADD designers work on dual-screen monitors. “With their workstations, the designers are running dual 19-inch or 21-inch flat-screen monitors, with plans stretched out across both screens, ” Fischer explained. “We’re then going from working on dual flat-screen monitors to throwing a single image up on a wall in the conference rooms for collaboration. That single image has to contain all the detail we’ve put into the plan and still be really clear and concise. The Canon REALiS SX6 Multimedia Projector has such good resolution that it was able to take these large plans and make them visible on a single screen without a problem.”

For Fischer, another major benefit of the Canon REALiS SX6 Multimedia Projector was its color-matching features. He noted that the entire company knew that TPD’s previous projector was displaying colors inaccurately as soon as they would see the black-and-yellow TPD logo on the screen. With the Canon REALiS SX6 Multimedia Projector, however, the logo appears exactly as it was designed, and serves as a benchmark to let the staff know that the rest of the colors they will see will be accurate as well.

“If you ever look at a CADD design of roadway improvements you would see how detailed they are, just as with the details of any kind of mechanical drawing showing the different line weights, the different colors, the different shades, ” stated Fischer. “All of these details mean something very, very serious. If you misinterpret any of them then projects could fail when they go to construction because of bad information in the plans. We need sharp, accurate colors, and that’s what we get with the Canon REALiS SX6.”

The Canon REALiS SX6 Multimedia Projector installation in TPD’s main conference room will soon be replicated with a similar setup in each of its three satellite offices sometime in 2008. “The REALiS SX6 blew our old projector out of the water; it wasn’t even close, ” Fischer concluded. “Between the color richness, the sharpness of the image, the brightness, and the accuracy of color, the Canon REALiS SX6 is a much better projector than we’ve ever seen before.”