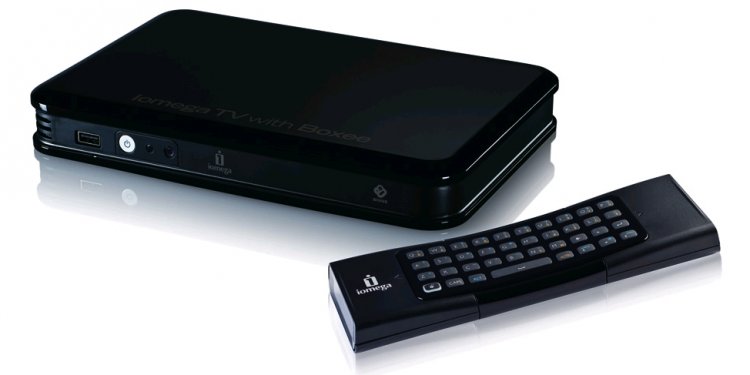 
At one time during my review it stopped working altogether, but the next morning normal behaviour had miraculously been restored – maybe an automatic software update was responsible. During the intervening period, I continued using Iomega TV courtesy of Boxee’s Wi-Fi-remote Android app.

There’s a web interface, but it doesn’t support remote control. Instead, it deals with multimedia scanning (for the NAS DLNA server), folder/server management and enabling the ‘personal cloud’ (for securely sharing files with invited internet users). AV and network settings are only available via the device’s own menus. From here you can, for example, tell Iomega TV what audio formats your connected equipment can handle.

Boxee’s user interface gives you some idea of how the internet is dragging TV, kicking and screaming, into the 21st century. The lower half of its home page totes recommended clips. Above these are a row of icons that access the main features. As can be expected of a platform described as a ‘social media centre’, one of these is labelled Friends, and allows you to recommend content to pals if your Boxee user-account is linked to Facebook and/or Twitter. ‘Shows’ accesses some popular programmes. Boxee seems to have some kind of relationship with Five as its more popular US fare (CSI, for example) can be streamed to your TV. The programmes are bookended by ads, but there are no breaks or logos.