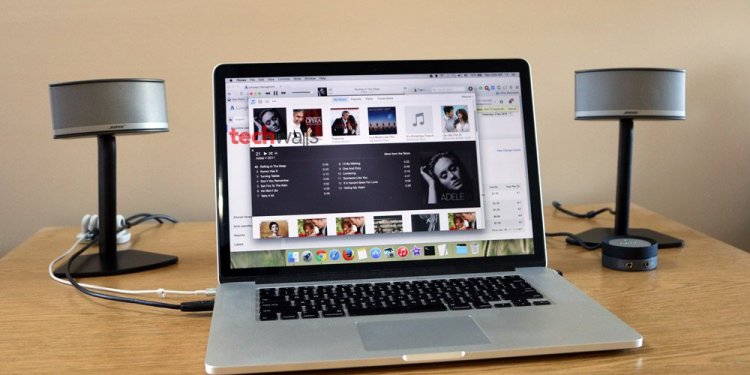 The Bose Companion 5 multimedia speaker system is a sleek black-and-gray 2.1 setup promising "surround-like" performance. Though it's aimed at the desktop-computer crowd (it connects via USB), it could easily fill a living room with sound.

Bose is a familiar brand that most people associate with high-end audio, but true sound snobs would roll their eyes at this notion. That's because not only is Bose equipment's sound quality not up to audiophile standards, but one could buy something that does meet these stringent requirements for the same price or, often, for less. So why do many think of Bose as high-end? In my view, it is a combination of two factors: First, the Bose product line has always been marketed to folks who like to buy booming premium speakers. And those people (or their spouses, perhaps) also want to squeeze all that sound into as little shelf space as possible, have few wires, and have components that look as much a part of the furniture as possible. This approach sells. Therefore, Bose can charge a lot for itin fact, it must, in order to get across the idea that its product is a luxury item.

The Companion 5 speakers fall perfectly into this profile, placating the forlorn listener who lacks the room (and the spousal permission) for a full surround-sound setup. They manage to remain small and snazzy-looking, leaving a less noticeable, more attractive mark on the living room's décor. Everyone's happy, right? Well, not exactly, if you want true surround sound. These things won't fool your ears completely, but for $400, they will widen the stereo field a bit and provide a nice low-end rumble for your action flicks.

One of the first things I noticed about the Companion 5 system was that music sounds weird. Not in a bad way, mind you, but definitely different from how it was mixed. The curved contour of the satellite speakers aims sound waves in multiple directions. This sound then bounces off different walls and surfaces than it would if the drivers were pointed only directly at you. Though the results will never trick you into thinking a gun is being shot behind your head, this system does seem to broaden the stereo image for both films and music, mainly by making the speakers sound further apart than their actual positions. Because stereo separation, when drastic and evenly spaced, is often exciting, this is good news. Even so, there is nothing seriously "surround-like" about them.

I must say that the floor-standing subwoofer sounds great when screening DVDs. An advance copy of Babel was fantastic: Animal stampedes on mountainsides and traffic in the city both benefited from the rumble the sub dished out. The bundled satellite speakers sounded pleasant, but for $400 I was expecting a little more presence in the mid-high frequencies and a little less exaggeration in the highs. The result is that it's not the flat response a sound snob would crave, though it is crisp and well-defined and certainly sounds good.

The "remote" control is not wireless; it's a wired controller connected to the speaker by a short cable, which is plumb crazy. The control module has a mute button, a volume-control wheel, and two jacks (headphones and Aux in). Granted, the mute is a flat, touch-sensitive surface, and the wheel works like a charm, but I'm sure most users would prefer the portability of a wireless remote.

Aside from the lack of a true remote, my biggest gripe is with Bose's murky marketing. Don't tell me I'm in for a "surround-like" experience when I'll actually be receiving sound only from the front. I'd be pretty peeved if I bought this system expecting surround-sound audio magic. Sure, the Companion 5 sounds great, provides excellent stereo separation, and will do so without taking up much room on your desk or in your living room. It's a solid product, but for $400 I'd like a little more.