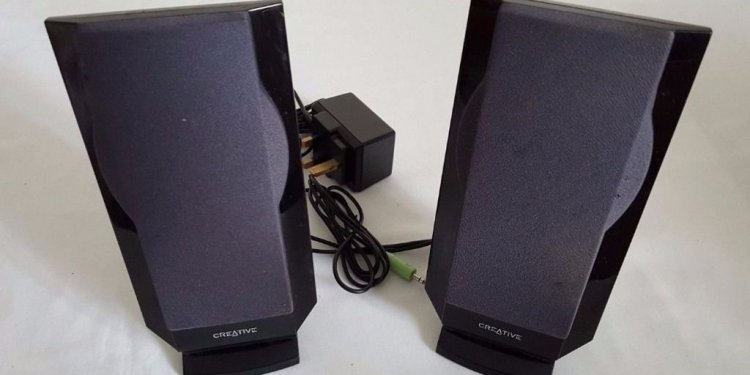 I bought these to replace a set of speakers I bought at CompUSA, back when there were still CompUSA stores around, and couldn't afford anything more expensive. Also, my room has pretty tight power constraints (gotta love trailer park wiring), so I had to keep the wattage down. The old speakers don't even have a brand name on them, and though they were a little over 6 years old they still sounded ok, but I did notice more distortion in them than before which mean the drivers were starting to wear out.

When these came in via UPS I hooked them up to the PC and fired up one of my favorite games; Elder Scrolls Online. The sound quality is pretty good, better than what I was expecting since the subwoofer was smaller than on the set I was replacing. The acoustic properties of this subwoofer are very different. The speaker in the old set was on the side of the subwoofer with a front facing air hold, while this set has the speaker facing the floor with a front facing blow hole. That gives it a much deeper bass than the previous set.

The satellites are much high pitch than the ones I had. They have a single driver each, the old ones had two smaller transducer like drivers, and these have a front facing blow hole. Inside, they also have a focusing plat and special channels going to the blow hole to help enrich the sound. Compared to more expensive speakers they don't measure up, but as they are they get the job done and they don't sound like cheap speakers.

Another thing I like about these is the volume control is analog. My old pair had a digital volume control. There are a couple of very minor caveats which weren't deal breakers. First, the subwoofer has no bass control nob, and nowhere on the satellites can I found a headphone jack. That's ok, I use the front panel jack on my PC, so these not having that wasn't a big deal for me.