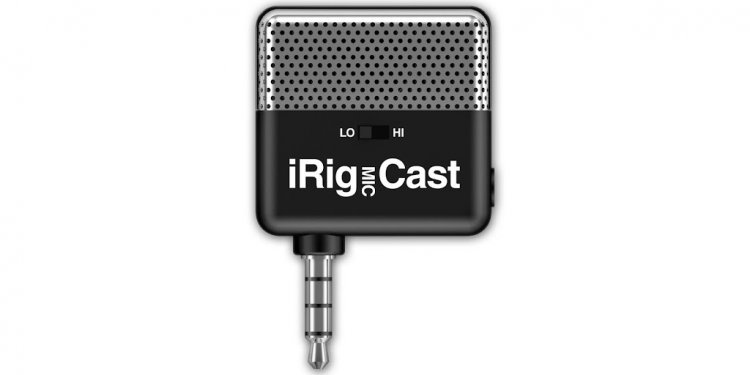 Here's a great way to record song ideas, interviews, podcasts and more, right on your favorite iOS device. The IK Multimedia iRig Mic Cast is one of the simplest, most affordable, and most versatile condenser microphones ever designed for the iOS lineup. It plugs directly into your iOS device's 1/8" headset jack, freeing up its Lightning or older 30-pin dock connector jack. That means the iRig Mic Cast is one of the only microphones you can use with your iPhone or iPad as it charges. A headphone jack built into the iRig Mic Cast even lets you monitor as you record, and an included tabletop stand provides you with easy hands-free operation. If you need a portable solution for instant iOS recording, the IK Multimedia iRig Mic Cast is it!